We have worked several jigsaw puzzles over the past year as we have kept ourselves isolated from social contact.

I’m not that good at puzzles but Chris has excellent figure-ground perception and color vision. If you look at the picture you will notice that the upper right portion is almost completed. I did that part. The lower HALF of the puzzle is nearing completion and that’s Chris’s part. We have both spent about the same amount of time working on the puzzle.

The table under the puzzle board was painted by Chris. I provided the table. It is the table my sister and I grew up eating on. (Well, eating on plates on the table. You know.) We did our homework on it, too. When we did homework. Growing up in the Texas-Oklahoma panhandles you don’t have to do much homework if you’re good at football. (I was, Sis wasn’t.)

Chris might be pulling a Penelope stunt on this puzzle business. I suspect she sometimes gets up in the middle of the night and takes apart some of the puzzle she has completed. I suspect that because otherwise puzzles around our house would be completed much more quickly than they actually are. 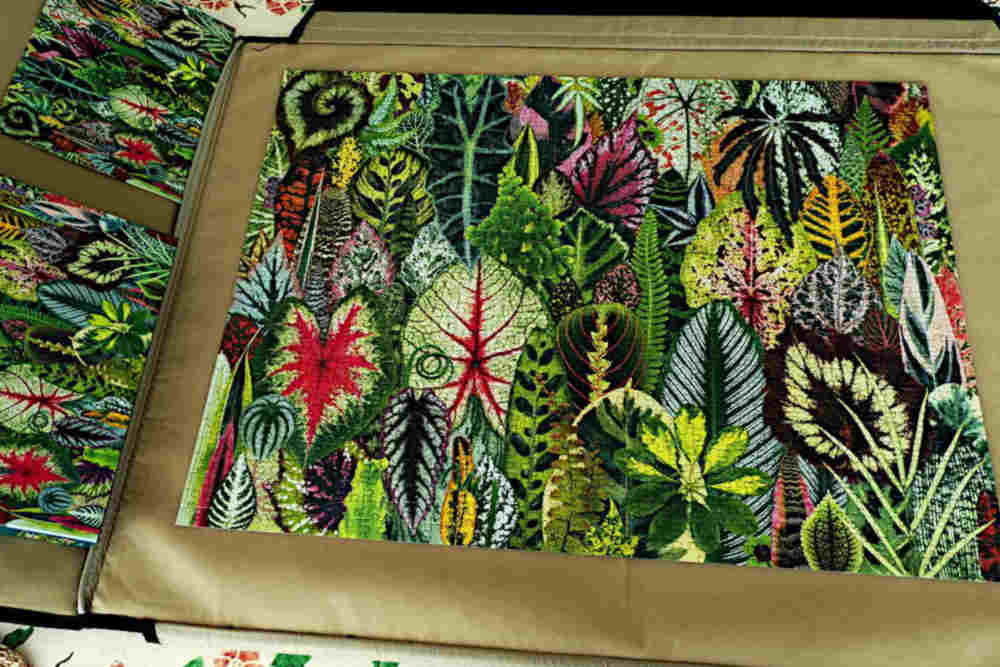 The “Houseplant” puzzle solved. Would that our more pressing problems could be solved as easily.

Who would have thought, a few years ago, that ordinary people in the state of my birth,  Texas, would be freezing and dying because of weather?
I guess it is a good thing global warming is not real, right? Maybe you guys could pray your way out of this. That’s what the mayor of Colorado City, Texas, suggested. Right before ye resigned in the middle of a mess.

The current weather in Texas reminds me of an old James Garner movie. He was a grizzled sheriff who, with two deputies, were out tracking some desperado. The weather was cold and awful and the two deputies kept up a constant litany of woe about their misery. Garner’s response was, “It’s just weather.”

I don’t suppose the folks in the Southwest would care to hear that right now. Twenty years or more of end-stage predatory capitalism has rendered the electrical grid in Texas only marginally functional in the face of “just weather.” It will be interesting to see if they have learned anything from this life-threatening utility debacle. (But hey, ya’ll ain’t regulated by the Feds!)

My guess is this will all slither down that slippery slope into the pit of forgotteness when the temperature goes up.