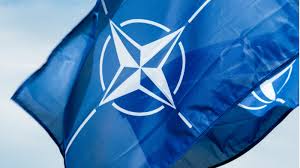 Sometime around next February the U.S. will send 20,000 troops to participate in a joint NATO military exercise in Europe called Defender 2020. There will be a total of 37,000 troops involved.

That’s 20,000 from us and 17,000 from the rest of NATO. There are 27 current European Union members 22 of which are members of NATO. So, what, five European countries are getting a free ride? And why are the European members contributing only 46 percent of the troops while we, the U.S., only one of 29 members, dishing out 54 percent of the personnel?

The national differences between European countries were put aside when NATO was formed after the last world war. But World War II ended 75 years ago and now those differences are resurfacing with a vengeance. Which detracts significantly from the primary objective of NATO has always been protecting the Europeans from Russia. It is time to call it quits. We can’t even protect ourselves from Russia’s vile influence (otherwise what’s all that noise about their interference in our elections?).

Besides, of total membership of NATO only Poland (and maybe France?) are contributing to the costs of NATO which they agreed to share a long time ago.

The NATO war games next February have been designated Defender 2020 but to me that seems disingenuous. The number refers to the year of course but I can’t help ruminating about the ophthalmological implication. It stands for perfect vision which we certainly do not have when it comes to anything military.

For instance, we are in the grip of global warming caused in no small part by the burning of fossil fuels. To that end Defender 2020 promises to make a significant contribution. Not to the solution but to global warming itself.

There is no way to even begin to estimate the carbon “footprint” of such a military exercise. Boeing C-17 Globemaster III jet planes will probably be used to transport the troops from the U.S. to, say, Ramstein Air Base in Germany. It will require 170 flights—yes, one hundred and seventy—to get the troops there. And of course they will have to eventually be brought back. What that costs us will never be made public by our government. In their mania for secrecy even public knowledge about something as silly [1] as the cost of one toilet seat to be a threat to national security. Conservative estimates range from 106 million dollars to over 200 million. That’s just for the transportation to get our well-heeled warriors there and back.

For what? Is it just a show of force? If that’s it it is not likely to impress anyone. When I was in the Army in Europe there were something like a quarter of a million of us there. Moving a mere 20,000 military meatballs a quarter of the way around the globe carries little threat to people like Russia’s Vladimir Putin or China’s Ski Jumping or whatever his name is (yeah, yeah, I know, it’s Xi Jinking; easily googled).

A typical U.S.-Europe round-trip flight produces between one and two tons of carbon dioxide (CO2) per person. You know, that much loved and adorable greenhouse gas that is killing our planet. So if we multiply, say, one-and-a-half tons by the number of U.S. troops involved we get something in the ballpark of twenty to forty thousand tons of carbon dioxide. I don’t know what the correct number will be—does anyone, really?—but it is a lot.

The United States Environmental Protection Agency says that “CO2 remains in the climate system for a very long time: CO2 emissions cause increases in atmospheric concentrations of CO2 that will last thousands of years.”

What does that mean in comparative terms? The U.S. EPA calculator [2] tells us the amount of CO2 generated just to get the troops there and back will be the equivalent of the amount of CO2 created from generating the electricity used in one year by 2,395 U.S. homes. Or the burning of more than 21 million pounds of coal.

What would it take to sequester that amount of CO2 and keep it from entering the atmosphere? It would take 23,538 acres of forest a full year to do it. Or, if you were to plant 330,704 tree seedlings and nurtured them all into full and healthy growth they could sequester the CO2 in ten years. Or of course they could just not do this kind of stupid crap.

Our military is committing this rapine on our environment, and blowing countless tax dollars, all to justify their ability to re-fight World War II. Or to just keep fighting the endless wars predatory capitalism keeps coming up with to make ever more profit.

It is past time to put an end to all the war mongering warrior worship that has contributed so much to bringing us to the edge of extinction.

Starting now the Pentagon budget should be cut in half each year for at least three years, then re-evaluated. To do that will require replacing the current political leadership (?)—meaning Republicans and Centrist Democrats like Pelosi and Schumer—with people like Alexandria Ocasio-Cortez and Bernie Sanders.

I realize none of this is likely to happen, even on the smallest scale. But, hey … I can dream.